The Paul Lynde Show is an ABC network sitcom series created by Ron Clark & Sam Bobrick (based on a play written by Phoebe Ephron), starring Paul Lynde in the lead role.

The series centered on the life of attorney Paul Simms and his family whose life gets hectic when his oldest daughter's brilliant, but quirky husband comes to live in his family's home. 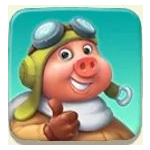