The series centers on George Lopez (who plays a fictionalized version of himself) and his life at work & home.

Comedian George Lopez had been performing standup throughout the early 1990s, expressing interest in having his own comedy television show like "Seinfeld."

Lopez was only willing to do a show if it meant that the roles were not demeaning to Latinos, vowing never to play a murderer, drug dealer or gang member. With an absence of TV deals, he continued to perform standup through the 1990s and into the 2000s.

In August 2000, after being given one of Lopez's comedy albums to listen to, actress Sandra Bullock saw Lopez perform live at the Brea Improv Comedy Club.

Bullock had been interested in developing a TV show with a Latino storyline, being concerned about the lack of visibility for Latinos on American television. She approached Lopez backstage after the show and made her pitch to produce and star in a situational comedy centered around the comedian.

Even though Bullock had connections through Hollywood, "The George Lopez Show" was not an easy sell.

Bullock sought the help of Bruce Helford (who created "The Drew Carey Show" and had been a head writer for "Roseanne"), and due to his history with ABC on those shows, became a co-creator and executive producer of Lopez's show.

Bullock, Helford, and two of the show's other executive producers met with ABC executives later that month, and the network tested the show with 4 episodes, before committing to 13 episodes the following fall and eventually adding an additional 9 episodes.

Lopez was given full starring, creator, producer and writer credits for the show.

"The George Lopez Show" was seen as an attempt from ABC to diversify their programming, while still appealing to the widest possible audience.

ABC executives were hopeful that Lopez's humor and relatability would draw a large family audience, focusing on marketing the series as much as possible.

The network bought promotional time for the show on Spanish-language networks, and took out full-page ads in some magazines.

Lopez drew much of the material for the show from his own life experiences, especially his upbringing in the San Fernando Valley.

Upon the series debut, Lopez became one of the few Latinos to star in a television comedy series (following in the footsteps of Desi Arnaz, Freddie Prinze, and John Leguizamo).

For the first five seasons, the show had an all-Latino cast (with the exception of Albanian American actress Masiela Lusha, who played George's daughter Carmen).

During the show's fifth season, Aimee Garcia was cast as George's niece, Veronica.

The series finale of "George Lopez" aired on May 8, 2007, after the show was canceled by ABC.

According to George Lopez, ABC prime-time entertainment president Steve McPherson called him over the weekend and explained that the network would lose money if the show was picked up again, and that it wasn't doing well financially.

Lopez stated that the explanation was "painful to hear," noting that the show had four different time slots in only five years and had to constantly compete against shows like American Idol, yet the final season of the show was still able to outperform two comedy series that were renewed by ABC: "Notes from the Underbelly" and "The Knights of Prosperity".

Lopez said that ABC "dealt with us from the bottom of the deck" and that it was "hard to take after what was a good run."

Lopez attributed the cancellation in part to the fact that the show was not produced directly by ABC Studios, but instead by Warner Bros. Television.

Lopez also criticized ABC's decision to approve the show "Cavemen", being perplexed at the circumstances, saying: "So a Chicano can't be on TV, but a caveman can?"

According to Lopez, 170 staff members who worked on the show lost their jobs. He explained that he "took the five years of good, and I did a lot with the good. My popularity, I was involved in charities, I overcame my illness, all on TV. I shared all of that with America – every secret I had... Every emotion. Everything was open to the show. And what happens?"

In spite of the cancellation, nightly episode re-runs continue to air on various networks both in the United States and abroad.

On September 2, 2016, George Lopez announced through his Instagram that there are talks to bringing the show back on the air, but nothing has been announced as of 2019. 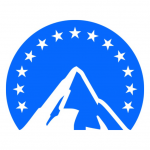